Remembering Jeff Buckley today who slipped away from us this day May 29 1997 in The Wolf River.
This day last week, I got married in Manhattan to my lovely wife Cathriona. While there, the girls decided to have a girls day out before the wedding while the lads (me and Stevey) could wander the East Village in search of long gone record stores.
I took the opportunity to seek out a few Jeff Buckley landmarks as I knew his old haunt Sin-e or what was left of it was somewhere nearby. We were ensconced in the Bowery Hotel for the duration of our stay.
The bar turned out to be a couple of streets away in St Marks place, a very famous area of the East Village musically speaking. Led Zeppelin, a favourite of Buckley’s had used a photo of no. 96-98 for the cover of their ‘Physical Graffiti’ album while the Rolling Stones recorded the video for ‘waiting on a friend’ at the same address.

For me though, Buckley stands head and shoulders above all this despite having only lived to see the release of his live at Sin-e EP and Grace album. His talent was incredible and thankfully we have a small legacy by which to remember him.
As me and Stevey walked in the baking sun of Manhattan, we came across a couple of record stores and then arrived at 122 St Marks Place. Now called BUA, I was reliably informed by the bar tender that it had indeed been called Sin-e at one point and was currently owned by 3 Irish guys.
As I sat nursing my hangover with a Shiner beer, I couldn’t understand why there was no sign that Jeff Buckley had ever been here let alone got signed and recorded his first record for Columbia the same label that is home to Bob Dylan, Bruce Springsteen and many others.

If this was Ireland and Bono had stopped by to use the facilities there would not only be a plague on the front door but T-shirts for sale.
Was Buckley so unknown in his native city of New York Or did he not make a big enough contribution to music? If Columbia can find time to drag through the vaults and release substandard material on the back of Buckley, surely someone in there can find time and resources to erect a sign of the mans legacy? I will return one day and honour you myself Dear Buckley RIP. 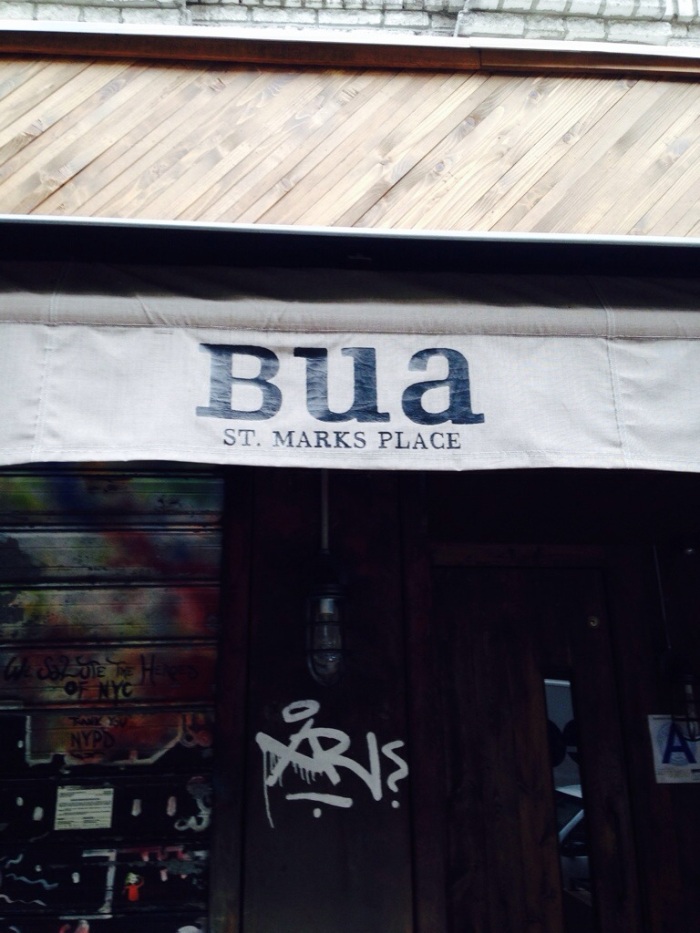